In the contactless era, demand for home delivery is increasing day after day. CJ Logistics implemented its innovative logistics technology-based center solution, and is doing its best to efficiently respond to increasing parcel volume, which ensure that consumers can live a stable life. Let’s take a closer look at the smart logistics automation technology at CJ Logistics, which has been growing quantitatively in line with the changes.

Introducing innovative technology to improve the manpower-centered working environment
CJ Logistics has been making continued efforts to improve the manpower-centered working environment by introducing various advanced technologies in its logistics terminals. Among them, the logistics automation technology contributed to redefining the logistics industry as a ‘smart industry’ by innovatively improving the working conditions of delivery service workers and customer service. 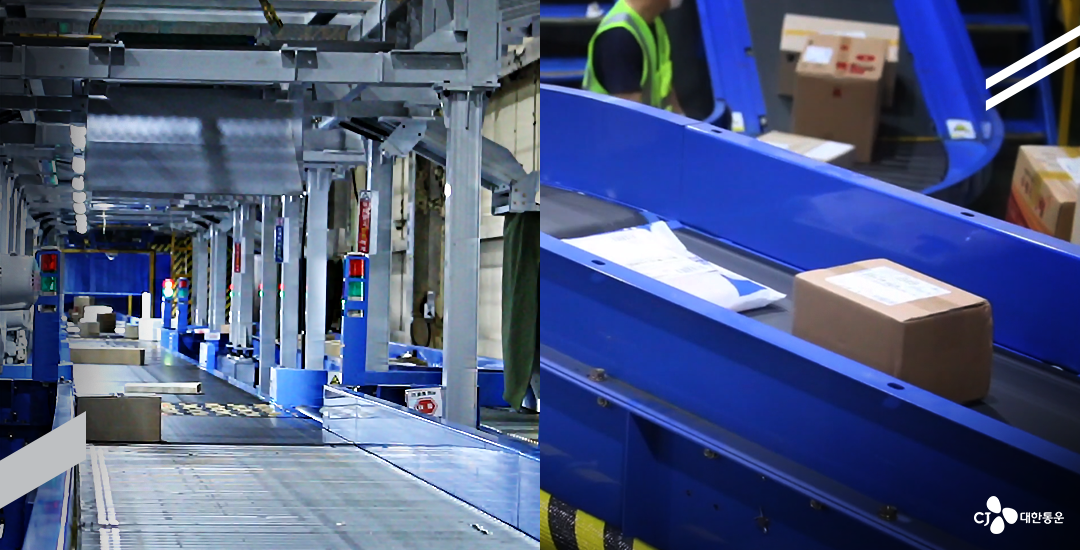 CJ Logistics invested about KRW140 billion in the development of the Wheel Sorter, heralding the start of the logistics automation system. The wheel sorter, which uses the wheel to automatically sort the parcels on the conveyor belt by ship-to address, began to be introduced to the sites in 2016 . The wheel sorter, introduced to the pre-sorting processes from the ‘hub terminal’ where all parcels to be delivered to places around the country are gathered to the ‘sub-terminal’ where delivery persons sort parcels, load them in the vehicle and start to deliver, which it greatly contributed to the implementation of the automation sorting system. Also, it was CJ Logistics that installed the wheel sorter in sub-terminals for the first time in the industry. Depending on whether sorting is automated, the sub-terminal has the greatest influence on the total work time of the delivery staff. So what CJ Logistics achieved was all the more meaningful. CJ Logistics completed the installation of the wheel sorter in all sub-terminals around the country at the end of last year.

As small parcels account for about 90% of the total volume, CJ Logistics introduced a dedicated system
CJ Logistics laid down the foundation for efficiently responding to the sharply increased delivery volume in the contactless era with the wheel sorter. In line with the recent trend, i.e. the size of parcels getting smaller, it additionally introduced the ‘MP (Multi Point)’ technology, a sorting system dedicated to small parcels, which account for about 90% of total delivery volume, and implemented a smarter logistics center solution. 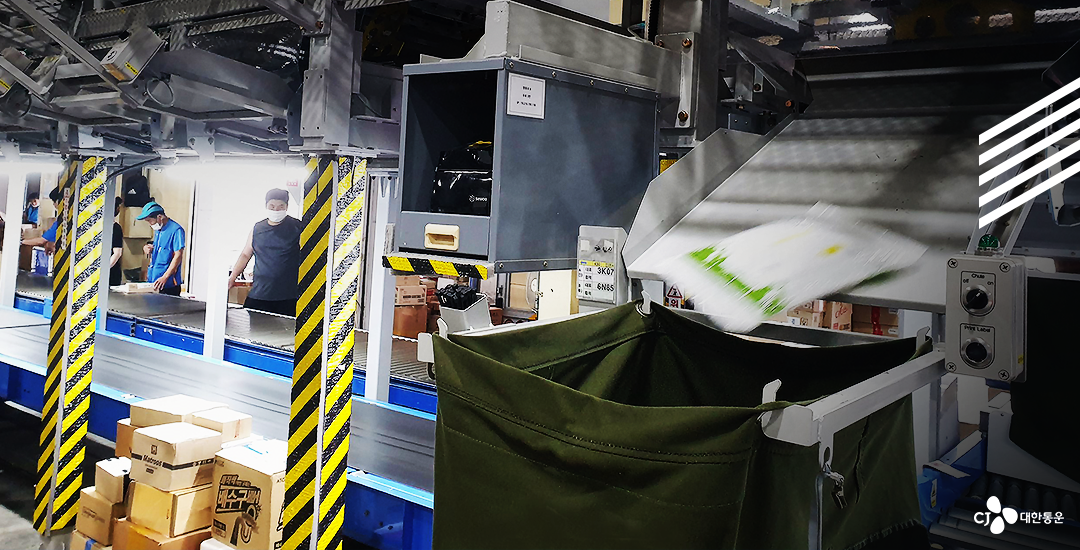 In general, courier delivery goes through the ‘collection terminal – hub terminal – sub-terminal’ before reaching the customer. In the past, the collection terminal does regional sorting initially, and the hub terminal resorted according to the actual delivery area. As mid-to-large and small parcels went through one sorting system, if the parcel volume is increased, the speed slows down.

But as the sorting system was dualized by delivery type after the introduction of the MP sorter, it became possible to handle mid-to-large and small parcels separately from the collection phase. In the collection terminal, the MP sorter is used to initially sort small parcels by delivery area and send them to the hub terminal. At the hub terminal, the parcels in pouches for different delivery areas are immediately delivered to the sub-terminal without additional sorting. With the introduction of the MP sorter, the sorting system was further simplified, and the productivity of sorting was maximized.

The delivery terminals changed after the introduction of the innovative logistics technology
The sites, where the logistics automation system (e.g. the wheel sorter and the MP sorter) was introduced, look different now than before. As mid-to-large and small parcels are divided and sorted at the same time in the collection terminal, parcel sorting was accelerated. Small parcels which account for 90% of the total volume are automatically sorted and delivery persons could greatly reduce the loading time. Also, as the sorting job is done in two tracks, the delivery volume is distributed. So they can now respond to the increasing delivery volume more efficiently and rapidly. 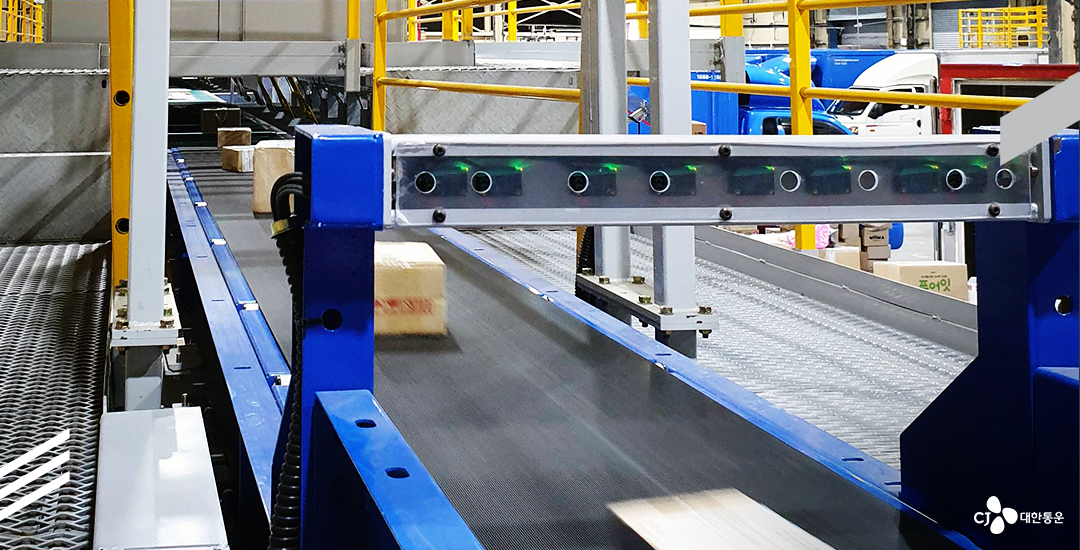 Delivery specialists are now more satisfied too. As the sorting and loading took less time, and thus delivering more parcels at the same time was made possible, they could enjoy the incidental effect of increased profitability. Currently, the MP, installed in 27 areas with lots of small parcels on a pilot basis, will be installed in a total of 77 locations. About KRW160 billion will be invested for this purpose.


As an innovative company leading the logistics industry, CJ Logistics is contributing to the advancement of the home delivery industry by introducing advanced technologies. In addition to the wheel sorter and the MP sorter introduced earlier, it is applying various innovative technologies, e.g. AI, IoT, robots and big data, to various business areas. It will make endless efforts to secure competitiveness in logistics technology and continuously innovate through active investment and development.